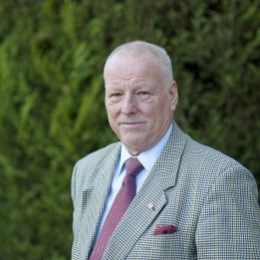 Mike was born in Bradford, Yorkshire, but moved to Portsmouth at a young age, where he spent most of his childhood.

He has always enjoyed the adventure of outdoor life and as a young man he joined the Royal Marine Cadets where he became a Regimental Sergeant Major. He later joined the Scout movement to which he still maintains strong links.

Cllr Read’s working life started with an apprenticeship in the printing industry, before working his way up to become Company Director of the same firm. He later joined the NHS, working at the Knowle Hospital for people with mental health problems until it closed in the early 1990s. He then worked for Hampshire County Council until his retirement in 2003. He was made Mayor of Winchester in May 2008, and continues to serve the community in his current dual roles on the Councils of both Winchester and the newly-formed Newlands Parish Council.